The Issue of Temporary Workers in France 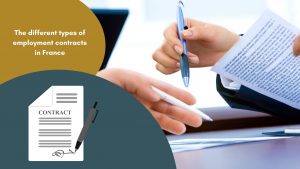 Grow At An Impressive Rate

According to Prism’Emploi, the number of temporary workers in France increased by 14.0% in January 2022, marking the second consecutive month of growth. The association cites a combination of factors, including an acceleration of economic activity in January 2022 and the need for replacement employees due to omicron variant. According to the report, temporary employment increased in the following sectors: commerce (up 24.2%), services (18.3%), and industry (down 4.7%).

French law requires that foreign temporary employment companies designate a representative in France when hiring employees for temporary jobs in France. Failing to do so will prevent the French tax administration from classifying the employee as a posted worker and may result in heavy penalties. To avoid these penalties, foreign temporary employment companies are required to designate a representative in France to deal with all French administrations. This will ensure that the documents are properly handled and the tax administration is able to provide the right information when necessary.

© 2016 All Rights Reserved | Powered by WordPress | Made with ❤ by Themely